For the third year running, Lunar is reporting a record number of sales at the Caravan, Camping & Motorhome Show, staged at the NEC in Birmingham. Caravan sales were up 20% on last year’s record-breaking show and motorhome sales doubled.

The result follows an upturn in sales at both The Lawns in September (up 75%) and at the Motorhome & Caravan Show in October (up 43%) and demonstrates the increasingly popular appeal of the Lunar brand and in particular the 2016 collection.

All of the caravans retailed well, but the star performer was Lunar’s family focused Quasar range accounting for nearly 50% of all orders taken. This was followed by the top of the range Clubman and Delta models, which includes the award winning Delta RI - brand new for 2016 and a winner of numerous accolades including ‘Tourer of the Year’ and ‘Best Luxury Tourer’.

The most popular models at the show were the two berth Quasar 462 and all new four berth Quasar 574, demonstrating Lunar’s appeal to younger caravanning couples and families.

The new Quasar 574 incorporates specification upgrades made across the Quasar range for 2016, such as the inclusion of a ‘Skyview’ roof light, new ‘Metropole’ soft furnishings scheme, LED lighting, a restyled and well-equipped kitchen and a new ‘boutique hotel’ inspired washroom. It also features a popular transverse island bed with an innovative optional mattress extension to make the total bed length an industry leading 6’ 4”.

Motorhome sales increased by 100% compared to the 2015 show with the special edition Landstar RLS proving extremely popular with customers looking for luxury as well as automotive performance. Lunar also chose the show to unveil it’s brand new range of coachbuilt motorhomes – the six berth Selena 690B with twin bunks, the four berth 695G with twin singles and a large garage and the four berth 740i with an island bed and mid-washroom.  Each of the models were on display for the first time at the show with sales made and new dealers signed up to retail the impressive new range.

Says Lunar UK Sales Director Lee Roberts, “We’re overwhelmed by the response from both customer and dealers to the 2016 range and our new motorhome line up.  We’ve beaten all of our previous sales performances, which is a phenomenal achievement and proves our product and brand has never been better or more suited to the requirements of modern caravanners and motorhomers.”

“We’re not one to rest on our laurels however and are committed to only making our products better – in terms of design, specification and value for money,” he adds. 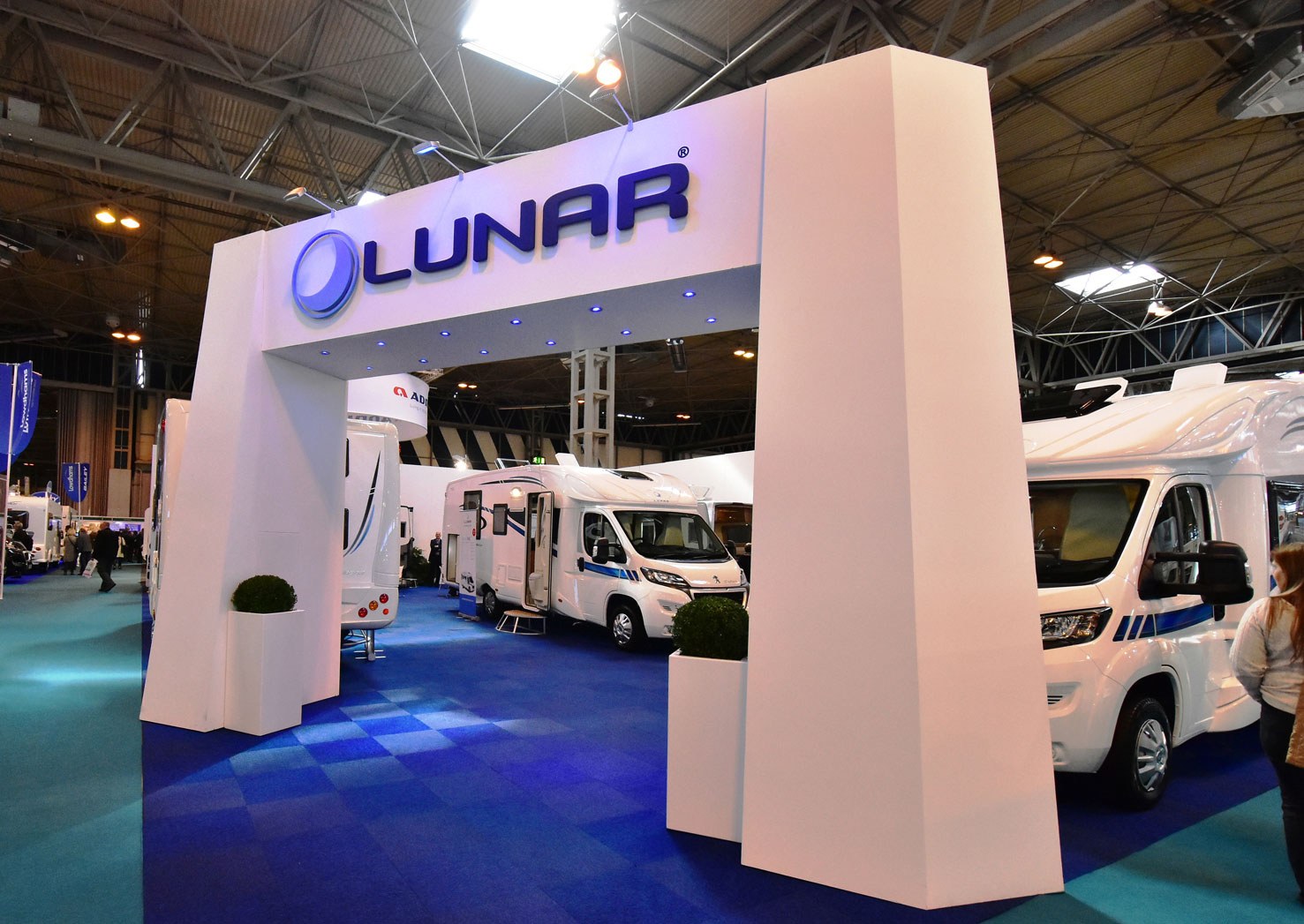